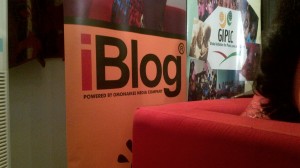 I scribbled Nuhu kwajafa’s name and phone number onto the pages of my pink organizer, noting that he was someone I would like to host on my show. The year was 2009. I was a young, starry eyed youth corper with big dreams of taking over Abuja with my talk show.
Abuja had not seen anything yet, I was set to shake things up and Nuhu would make for an inspiring guest on one of the episodes.

Fast forward to early 2013. I didn’t have a talk show yet, it was the Abuja Young Entrepreneur’s awards and I finally met Nuhu. He was the recipient of the honorary award. When he walked up the stage to receive his award, I noted that he didn’t make the classic ‘’I want to thank the Academy’’ speech. Instead he used his address to talk about Okikijesu, a baby born without 40% of her skull. He shared how he had raised N37.4 million naira for her surgery in 72 hours. I timed it just right and walked backstage the minute he was done speaking.

Okikijesu Olawuyi and Nuhu Kwajafa’s path through life crossed the day he got a phone call from someone who asked him to buy the day’s paper which carried the story of a baby with facial features more imagined than real. Nuhu not accustomed to avoiding people’s problems, got involved and sent the results of a series of tests and scans to John Hopkins hospital, USA where renowned neurosurgeon, Dr. Ben Carson and a team of experts, found her medically challenging condition irresistible, it being the first of its kind in the world. The hospital was willing to take on the case and sent a bill staggering enough to allow an ordinary person reflect on what they had gotten into and how they had gotten themselves there.

Nuhu says losing his sister in an accident some years ago, impressed how transient life is on him. ‘’ You are here today and can be gone tomorrow, people forget after a while, only your family feels the pain. I have still not gotten over her death.’’
Driven by his experiences, Nuhu was prepared to make a difference by setting up an NGO. Knowing that people tend to be skeptical of NGOs, he decided to set himself apart from the stereotype. ‘’The reason people donated (for Okiki) was because we said don’t pay any money in our name, pay directly into John Hopkins account. We don’t take 10% administrative fees like other NGOs’’. He said. ‘’So how do you found your operations?’’ I asked. 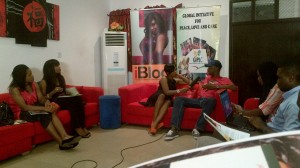 A donor paid for his accommodation for five years he shared. ‘’ He came to drop donations and saw that my residence was also my office. We fly free thanks to Aero and our organization’s bills are supported by our partners. The same way people tithe a percentage of their income every month to keep doing what we do’’.

Nuhu is a testament to the fact that God takes care of your business when you take care of his.

Okiki is currently at John Hopkins hospital where she is out of Intensive Care. Her bills are sent to GIPLC everyday and as at yesterday it was over 500,000 US dollars.

At this edition, in collaboration with the office of the Speaker House of Representatives, we seat with Nuhu and his team from GIPLC to get first hand updates on Okiki’s condition, to gain insights on GIPLC’s unique approach to NGO work and fund raising and most importantly, we find out how we can contribute to giving this Nigerian child not just a chance to be alive but a chance to really LIVE!