South African Police reacted swiftly and decisively against an illegal protest that led to arson and widespread looting of shops in the central business district of the capital city on Wednesday. According to reports from the police, seventeen people have been arrested for numerous offenses.

The protest was as a result of the death of a taxi operator who was shot dead a day before in the CBD of Pretoria allegedly by a drug dealer after he tried to stop an ongoing drug dealing.

Department of Government Communications issued a statement that law enforcement will not tolerate further intimidation incitement and violence. 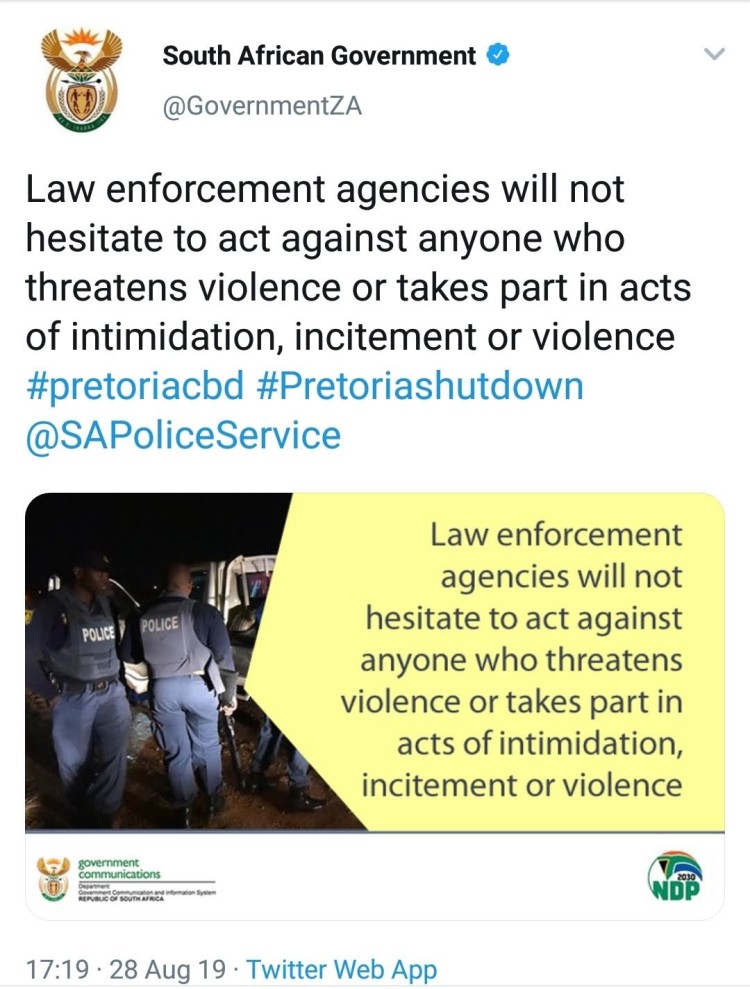