A fresh wave of violent attacks erupted last night in the Johannesburg central business district prompting police to react which led to the arrest of four persons while two persons were confirmed dead. One died from stabbing injuries in the Hillbrow area and the other was shot dead in Malvern the JMPD chief David Tembe confirmed.

Chaos started on Sunday after men from nearby hostels marched into the central business district armed with all sorts of weapons and chanting songs that depict foreigners should leave the city.

Several buildings and cars were set alight and business looted overnight which affected the suburbs of Jeppe, Malvern, and Hillbrow known to be heavily populated by foreign nationals. There were collateral damages as South African businesses too were not spared from the violent attacks and the police said ‘’ I think this is pure criminality because some of the shops that were burned did not belong to the foreigners, it belonged to South Africans.” 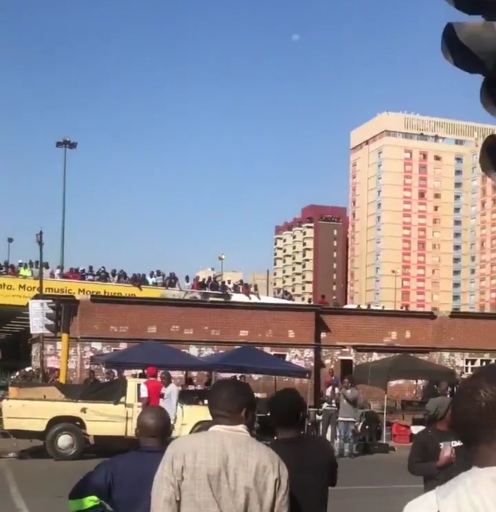 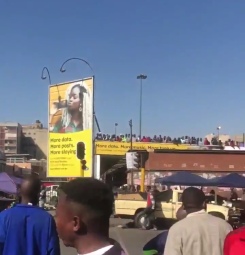 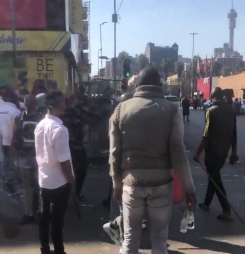 The Johannesburg Metro Police Department chief said “At the moment, it is quiet but our advice to motorists is to avoid that area. We are trying to clean up the burned tyres. At the moment, we are able to control the situation ourselves with the SAPS. We believe that it is under control.”

Johannesburg power utility provider said it has withdrawn its response teams because of safety concerns.

Tell us what you think about this fresh wave of violent attacks in Johannesburg.